Foreigners Not Happy With The U.S. Travel Ban

International relations have been on the edge ever since the U.S. announced its travel ban that mostly affects citizens from most Middle East countries. President Trump delivered his promise of taking the country’s safety and security seriously by limiting the numbers of foreigners living in America, especially the ones coming from nations with known terroristic activities – in short, Muslims. 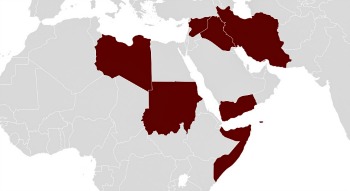 The travel ban created such a buzz throughout the globe and people can’t help but voice out their own opinions. Overall, people are not happy and it is hurting U.S. international relations. Not only that, it also has a negative effect on a lot of U.S. tourism.

Foreign tourism to the United States, which supports millions of American jobs, is slowing, possibly because President Donald Trump sought controversial travel restrictions on visitors from some Muslim majority nations. Online searches for flights to the United States are down in most major nations, but not just those hit by restrictions.

The travel restrictions sparked demonstrations, critical press coverage and a flurry of lawsuits. A petition drive gathered thousands of signatures in support of British citizen and mathematics teacher Juhel Miah, who was removed from a U.S.-bound plane as he was escorting British students on a school trip to America.

And truth be told, the damage has been done no matter how noble Trump’s intention may be and its aftermath can be felt over the years to come.

Pace University Professor Andrew Coggins, who researches travel issues, said the Trump administration's push to restrict immigration is making some foreign tourists and students wary of visiting out of concern they might face bigotry and prejudice. He said such worries mean New York City alone will see hundreds of thousands fewer visitors and lose millions of dollars in revenue. Professor Coggins said efforts to revise the restrictions are pointless.

“The damage has been done. I think the resentment is there. It has been generated and it is not going to go away that fast,” he said.

The first travel ban may have been blocked in court but it will not stop President Trump from realizing his goals.

After the first travel ban was blocked in court, President Trump signed a new executive order last week temporarily blocking travel to the U.S. from countries he said pose a high terrorism risk. The new order bars travel to the U.S. for 90 days from six predominantly Muslim countries — Sudan, Syria, Iran, Libya, Somalia and Yemen according to the Department of Homeland Security.

The new list excludes Iraq, which was included on the original list of countries announced in January.

While the new administration is determined to prevent the access of foreigners from high-risk countries into the U.S., the threat is also palpable among citizens of the said banned nations who are already living in the United States. They may end up deported back home. Some of them seek refuge in the neighboring country of Canada while tension is still high in America.

Refugees in fear of detainment and deportation are fleeing the US across its northern border with Canada at an increased rate even as courts block the Trump administration’s travel ban, according to refugee support groups and the Canadian Border Services Agency (CBSA).

Mukhtar Idhow, executive director of the Organization for Refugee and Immigrant Success (ORIS), a New Hampshire-based group that assists asylum seekers find work and teaches them gardening, told Al Jazeera that the Trump administration's two attempts to place a ban on Muslims from entering the US have left the refugee community questioning their place in the country.

"The US was once a place of opportunity for immigrants and refugees where all races, religions and nationalities were accepted," Idhow, himself a refugee from Somalia, continued. "Now, we aren’t sure what will happen."

It is hard to tell what the next few years in America will be like under the Trump administration. It is very likely that bridges will be burned and more tension will be felt both in and out of the country.

But for now, maybe we should give the new president a chance. He only wants the best for our country and our people. If only he is guided on how to become a good president at the least to spare us from all these worries, it will definitely be appreciated by all. President Trump should always remember that he is now the leader of a powerful nation and everything he says or does will reflect America in general.

Foreigners Not Happy With The U.S. Travel Ban is republished from KeatingEconomics.com

source https://www.keatingeconomics.com/foreigners-not-happy-with-the-u-s-travel-ban/
Posted by Unknown at 16:57